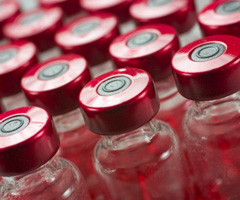 Melbourne, Australia; Starpharma (ASX: SPL, OTCQX: SPHRY) today announced the signing of a licensing agreement with global pharmaceutical company AstraZeneca. The agreement enables the development and commercialisation by AstraZeneca of compounds directed at a defined family of targets using Starpharma’s DEP® drug delivery technology. The DEP® platform centres on use of Starpharma’s proprietary dendrimers, with the aim of enhancing the dosing and efficacy characteristics of pharmaceuticals.

Under the agreement Starpharma is eligible to receive signature and milestone payments on one or more AstraZeneca DEP® products if they progress through the development pipeline, and milestone and royalty payments on any net sales of the resultant products. AstraZeneca will fund all development and commercialisation costs under the agreement, including ongoing and future collaborative work conducted with Starpharma.

Starpharma’s other programs, including the company’s wholly-owned DEP® docetaxel product, are not negatively impacted by this arrangement.

“Today’s agreement with AstraZeneca is an exciting development for Starpharma and its DEP® platform. It follows a successful collaboration in which Starpharma’s DEP® drug delivery technology has been applied to an important AstraZeneca oncology candidate,” said Dr Jackie Fairley, Starpharma Chief Executive Officer.

“The agreement clearly illustrates both the commercial potential and platform nature of Starpharma’s DEP® drug delivery technology.  We estimate that each qualifying product successfully commercialised under this agreement could be worth over its life around US$450 million (A$643 million) to Starpharma and, depending on the range of indications and degree of commercial success in the market, potentially significantly more,” Dr Fairley added.

“The fact that this deal is structured for multiple products underlines the real potential for additional upside for both companies. It is worth noting that Starpharma retains all rights outside of a well-defined and narrow area of application, meaning that its platform remains unencumbered and available for licensing in the vast majority of oncology and other applications for future deals with other partners.”

Susan Galbraith, Head of the Oncology Innovative Medicines Unit at AstraZeneca, said: "We already have a long-standing and successful working relationship with Starpharma. This license agreement will enable us to further harness the DEP® technology and evaluate its potential across novel molecules within our oncology portfolio.’’

Cancer is a leading cause of death worldwide, accounting for 8.2 million deaths in 2012. The number of new cases is expected to rise by about 70% over the next two decades. The global market for cancer drugs has reached US$100 billion in annual sales, and could reach US$147 billion by 2018, according to a new report by the IMS Institute for Healthcare Informatics, a unit of drug data provider, IMS Health.

Starpharma’s DEP® technology is used to improve the performance of pharmaceuticals.  Both pre-clinical and early clinical data have shown DEP® versions of drugs to be superior in a variety of ways to the unmodified drugs in currently marketed formulations. Pre-clinical studies of DEP® conjugates with a number of different cancer drugs have already established improved efficacy and reduced toxicities compared to marketed versions.  Starpharma’s lead internal development candidate, DEP® docetaxel, continues to demonstrate excellent tolerability and improved pharmacokinetics in the clinic compared with the available data for its reference drug, Taxotere®.  Starpharma’s licensing agreement with AstraZeneca focuses on novel compounds, and not on unmodified drugs in currently marketed formulations.