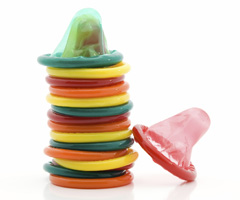 Melbourne, Australia: Starpharma (ASX:SPL, OTCQX:SPHRY) today announced achievement of a major milestone with the receipt of Conformity Assessment Certification for the VivaGel® condom by the Australian Therapeutic Goods Administration (TGA). This TGA certification is similar to CE certification of devices (CE Mark) in Europe.

The VivaGel® condom is a world-first product based on innovative Australian technology. It is the only condom of its type, providing barrier protection and incorporating a proprietary antiviral compound (VivaGel®) in the lubricant.

LifeStyles Dual Protect™ condoms to be marketed by Ansell will carry the VivaGel® brand and Starpharma will receive royalties based on sales.

“Ansell looks forward to rolling out its marketing and sales campaign to support the launch of LifeStyles Dual Protect™ over the coming months with the first product expected to be available on shelves soon.

“Our partnership with Starpharma is a great example of two highly innovative Australian businesses working together to bring to market a ground-breaking new sexual health product. New product development is central to Ansell’s business strategy and this highly innovative product is exciting for both companies.”

Ansell is a global leader in protection solutions, manufacturing and marketing condoms across the world and ranked number two globally. In Australia, Ansell’s share of the condom market is around 70%. The global branded condom market is estimated to be worth approximately $1.1 billion.

“With the launch of LifeStyles Dual Protect™ expected in the near future, certification by TGA marks another major milestone for the VivaGel® condom and our partnership with Ansell, one of the world’s leading condom companies and healthcare innovators,” said Starpharma Chief Executive Officer, Dr Jackie Fairley.

“The LifeStyles Dual Protect™ condom is a great example of a globally significant innovation pioneered, developed and commercialised by two Australian companies.”

LifeStyles Dual Protect™ condoms are lubricated with VivaGel® lubricant, which contains 0.5% astodrimer sodium (previously SPL7013, also referred to as VivaGel®). Condoms can help reduce the risk of pregnancy and condom use may help reduce the risk of transmission of HIV/AIDS and other STIs.  VivaGel® is intended to help reduce the risk of exposure to viruses that cause STIs, having been shown in laboratory studies to inactivate up to 99.9% of HIV (human immunodeficiency virus), HSV (herpes simplex virus) and HPV (human papillomavirus).

Extensive international consumer research conducted in condom users confirms a high level of consumer interest in the VivaGel® condom concept with more than 80% of participants surveyed rating the product as very interesting and more than 90% indicating they would buy it.

In Australia, the prevalence of STIs continues to rise. Genital herpes, caused by HSV, is estimated to affect one in eight Australians aged 25 years and over, although many people are unaware of their status and can pass on the infection without knowing.[1] Alarmingly, the rate of newly diagnosed HIV infections rose 10% in the 12 months to the end of 2012 – the largest increase in 20 years.[2]  The number of infections diagnosed in 2013 remains at a 20-year high and represents a 70% increase over the number detected in 1999, when diagnoses were at their lowest.[3]

The TGA Conformity Assessment Certification was achieved after examination by TGA of the evidence of conformity of the VivaGel® condom to the Essential Principles for medical devices, which set out the requirements relating to the safety and performance of products.

Starpharma has a licensing agreement that provides marketing rights to Ansell for the VivaGel® condom in countries outside of Japan.  In Japan Starpharma has licensed the product to Okamoto Industries, Inc. Okamoto is Japan’s leading marketer of condoms with approximately 60% of the Japanese condom market, the second largest global market next to the US.

LifeStyles Dual Protect™ is a trademark of Ansell