For prevention of HIV, genital herpes and HPV

VivaGel® is being developed as a vaginal microbicide to offer safer sex by preventing transmission of genital herpes (HSV-2), HIV and other sexually transmitted infections (STIs) including human papillomavirus (HPV), the causative agent of cervical cancer.

There is an enormous global need for a vaginal microbicide offering protection of this kind.  For example:

There are currently no vaginal microbicides on the market. Studies across a wide range of countries have shown strong levels of interest in microbicides by women. In independent research, more than 40% of young American women indicated intent to buy a microbicide when available. 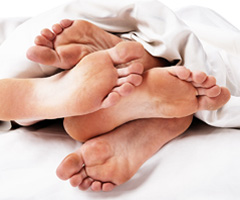