VivaGel® has been developed for the treatment of BV and prevention of recurrent bacterial vaginosis (BV).  BV is caused by an imbalance of the normal vaginal bacterial microflora, with healthy bacteria (e.g. Lactobacillus species) being depleted and harmful bacteria (e.g. Gardnerella vaginalis) overly abundant.

VivaGel® formulated as a mucoadhesive gel (VivaGel® BV) has been approved for marketing in the European Union as a 7-day therapy for treatment and prevention of BV including its symptoms.  VivaGel® BV has been shown to have efficacy for treatment of BV in a Phase 2 clinical study and was shown to achieve statistically significant cure of the signs and symptoms of BV at the end of treatment in two Phase 3 studies.

Phase 3 trials of VivaGel® BV for the prevention of recurrent BV achieved their primary objective demonstrating statistically significant superiority compared to placebo in preventing the recurrence of BV.

The phase 3 trial results for both the treatment of BV (2012) and the prevention of recurrent BV (2017) strongly support marketing applications for VivaGel® BV to the US FDA and other regulators. The New Drug Application (NDA) for VivaGel® BV was submitted to the FDA under Fast Track status.

The current market for the management of BV and associated symptoms is estimated to be in excess of US$750 million globally, with significant areas of unmet need for BV sufferers. Starpharma’s modelling suggests the addressable global market for prevention of recurrence of BV is potentially in excess of US$1 billion.

Throughout the world, BV is the most common vaginal infection. For example, in the US, an estimated 21 million women aged 14-49 years (approximately 29%) are infected with BV. BV leads to symptoms including abnormal vaginal discharge and odour that are unpleasant and disrupt and interfere with a woman’s relationships and general quality of life.

It is commonly recognised that the existing therapeutic options for BV are inadequate because of low cure rates, high rates of recurrence, potentially severe systemic adverse effects and, for some products, incompatibility with alcohol consumption or condoms. Existing antibiotic approaches are not considered suitable for long-term maintenance therapy. 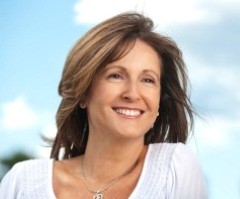