VIRALEZE™ to relaunch in the UK (ASX Announcement) 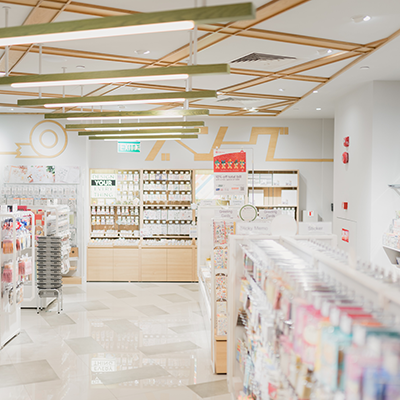 Melbourne, Australia; 1 April 2022: Starpharma (ASX: SPL, OTCQX: SPHRY) today announced that it has successfully resolved the queries raised last year by the UK Medicines and Healthcare products Regulatory Agency (MHRA), clearing the way for the relaunch of VIRALEZE™ in the UK as soon as possible.

In June 2021, sales and promotion of VIRALEZE™ in the UK were temporarily paused while Starpharma and its UK distribution partner, LloydsPharmacy, addressed correspondence from the MHRA in relation to promotional claims.

Successful resolution of the queries raised follows the provision of extensive technical information on SPL7013 and VIRALEZE™ by Starpharma. Starpharma appreciates the detailed consideration of this matter by the MHRA. Following confirmation from the MHRA overnight, Starpharma will finalise the relaunch arrangements for the UK as soon as possible. Preparations for product supply are already underway.

In preparation for relaunch of VIRALEZE™ in the UK, Starpharma has been in discussions with LloydsPharmacy about the operational activities. The product is expected to be available both online and through LloydsPharmacy stores.

VIRALEZE™ is registered as a medical device in the UK and carries a CE mark.

VIRALEZE™ is a broad-spectrum antiviral nasal spray. The antiviral agent in VIRALEZE™, referred to as SPL7013, has been shown to have potent antiviral and virucidal activity in multiple respiratory viruses (including influenza and RSV), including virucidal activity of more than 99% in multiple variants of SARS-CoV-2, in laboratory studies. VIRALEZE™ is applied in the nose to provide a physical barrier - between viruses and the nasal mucous membrane - that traps and blocks virus. Importantly, the mechanism of action of VIRALEZE™ means that mutations of the spike protein that make SARS-CoV-2 more infectious, as occurred for the Delta strain, appear to make the virus more susceptible to trapping and blocking by SPL7013.

VIRALEZE™ is now registered as a medical device in more than 30 countries, including in Europe, Asia, and the Middle East, and available in certain markets online. Product claims may differ by market. VIRALEZE™ is partnered with LloydsPharmacy in the UK, ADMENTA Italia Group in Italy, HealthCo/TBL in Vietnam, and E&N in countries in the Middle East. VIRALEZE™ is not approved for sale or supply in Australia.