SPL7013 in VIRALEZE™ virucidal against influenza A and B (ASX Announcement) 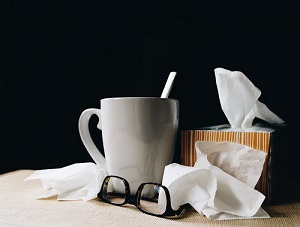 Melbourne, Australia; 18 May 2022: Starpharma (ASX: SPL, OTCQX: SPHRY) today announced that SPL7013, the antiviral agent in VIRALEZE™ nasal spray, achieved 95% and 99.7% reduction in viral infectivity against two significant types of influenza virus, A and B, respectively, in virucidal assays[1]. The virucidal assays conducted at the Scripps Research Institute in the US assessed the irreversible nature of the effect of a compound against viruses.

In addition to testing the virucidal activity of SPL7013, the Scripps testing assessed the activity of two antiviral agents used in widely available nasal sprays - hydroxypropyl methyl cellulose (HPMC) and iota-carrageenan. In contrast to the potent and rapid effect of SPL7013, HPMC and iota-carrageenan did not exhibit virucidal effect in this experiment, even after 30 minutes.

The antiviral activity of SPL7013 in other pandemic-causing influenza A viruses has previously been reported by Starpharma, with SPL7013 demonstrating potent antiviral activity against H1N1 (Swine Flu) and H3N2 (Avian Flu) (announced 3 March 2021).

These new virucidal findings are consistent with the previously reported activity of SPL7013 against multiple variants of SARS-CoV-2, including Delta, Alpha, Beta, Gamma, and Omicron, as well as other respiratory viruses that cause the common cold. The broad-spectrum antiviral and virucidal activity of SPL7013 (VIRALEZE™), which encompasses all of the pandemic-causing respiratory viruses, highlights the opportunities for VIRALEZE™ in combatting seasonal flu epidemics as well as pandemic preparedness.

The rapid virucidal effect of SPL7013 against multiple respiratory viruses, including influenza viruses and multiple variants of SARS-CoV-2, is a positive and differentiating feature of VIRALEZE™ compared with other antiviral compounds used in marketed nasal sprays. The excellent stability of SPL7013 and room temperature storage of VIRALEZE™ are also significant advantages for the product.

“Influenza is one of the most common respiratory infections globally, resulting in high rates of morbidity and mortality. Starpharma is pleased to share these new results in influenza for SPL7013, the agent in VIRALEZE™. Of particular note is the superior performance of SPL7013, which demonstrated highly potent and rapid virucidal activity in influenza A and B compared to other antiviral agents used in widely available nasal sprays.”

In the virucidal assays, SPL7013 (1, 3 and 10 mg/mL), iota-carrageenan (1.2 mg/mL) or HPMC (10 mg/mL) were incubated with influenza A (H1N1 pandemic strain) or influenza B (Victoria) strains before virus was pelleted to separate and neutralise the compound in solution. The treated virus was then re-suspended and added to MDCK cells for quantitation of infectious virus by plaque assay (plaque forming units [pfu]/mL). Virus controls, which were not exposed to test compounds, were run in parallel.

SPL7013 at 10 mg/mL (the concentration of SPL7013 in VIRALEZE™) achieved up to 95% and 99.7% reduction in infectious virus compared with virus control against influenza A and B, respectively (see Table 1).

Table 1. Percent reduction* in infectious influenza A and B
after incubation with SPL7013 at 10 mg/mL (concentration in VIRALEZE™)

^virus without exposure to SPL7013

In contrast, iota-carrageenan and HPMC, which are antiviral components of widely marketed nasal sprays, did not reduce influenza A or B virus infectivity irreversibly, even after 30 minutes’ incubation with virus (see Figures 1 and 2 for comparison of SPL7013 with HPMC).

VIRALEZE™ is a broad-spectrum antiviral nasal spray. The antiviral agent in VIRALEZE™, referred to as SPL7013, has been shown to have potent antiviral and virucidal activity in multiple respiratory viruses, including virucidal activity in multiple variants of SARS-CoV-2, including Omicron and Delta, as well as influenza viruses A and B, in laboratory studies. VIRALEZE™ is applied in the nose to provide a physical barrier - between viruses and the nasal mucous membrane - that traps and blocks virus.

VIRALEZE™ is now registered as a medical device in more than 30 countries, including in Europe, the UK, Asia, and the Middle East, and available in certain markets online. Product claims may differ by market. VIRALEZE™ is partnered with LloydsPharmacy in the UK, ADMENTA Italia Group in Italy, HealthCo/TBL in Vietnam, and E&N in countries in the Middle East. VIRALEZE™ is not approved for sale or supply in Australia.

[1] Both within 5 minutes. Noting the maximal possible reduction of virus infectivity in these assays was 96% for influenza A and 99.8% for influenza B.

Download full announcement here: SPL7013 in VIRALEZE™ virucidal against influenza A and B (PDF 282KB)