VIRALEZE™ relaunched by LloydsPharmacy in the UK (ASX Announcement) 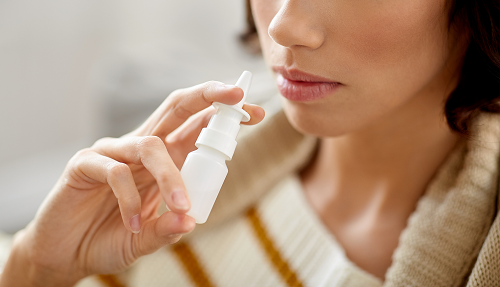 In the UK, Starpharma will supply VIRALEZE™ exclusively to LloydsPharmacy/AAH under its existing sales and distribution agreement. LloydsPharmacy has approximately 1,400 UK pharmacies, based predominantly in community and health centre locations, including over 200 pharmacies in Sainsbury stores. The group employs more than 19,000 people and dispenses more than 150 million prescription items annually.

“We are delighted to relaunch Starpharma’s innovative nasal spray, VIRALEZE™, in the UK through LloydsPharmacy’s extensive online and retail network. VIRALEZE™ will be particularly useful in the winter cold and flu season given its broad-spectrum of activity against multiple cold and respiratory viruses. VIRALEZE™ is supported by multiple publications in peer-reviewed, international journals and was presented at leading, international antiviral conference, CROI, earlier this year.”

VIRALEZE™ is registered in more than 30 countries, including the UK, and Starpharma continues to pursue registration and commercialisation in multiple other countries.

The LloydsPharmacy group incorporates a number of market leading UK healthcare businesses across retail, digital, homecare and wholesale, including LloydsPharmacy, John Bell & Croyden and wholesaler, AAH Pharmaceuticals.  LloydsPharmacy has around 1,400 pharmacies across the UK. These are based predominantly in community and health centre locations and include over 200 LloydsPharmacy in Sainsbury’s stores. The group employs over 19,000 employees and dispenses more than 150 million prescription items annually.

AAH is a leading distributor of pharmaceutical and healthcare products serving pharmacies, hospitals and doctors in the UK. AAH is the largest community pharmacy network and pharmaceutical wholesaler delivering over 15 million items per week to more than 14,000 pharmacies and other organisations.

VIRALEZE™ is registered as a medical device in more than 30 countries and is available in certain markets online. Product claims may differ by market. Starpharma markets VIRALEZE™ via commercial arrangements in countries in Europe, Asia, and the Middle East.

VIRALEZE™ is not approved for sale or supply in Australia.