VIRALEZE™ registered in Vietnam with launch this week (ASX Announcement) 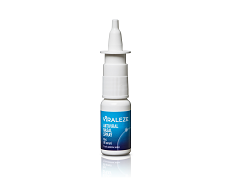 Vietnam, which has a population of approximately 98 million, is experiencing a significant Delta outbreak with ~50 per cent of its population fully vaccinated[2].

The launch of VIRALEZE™ in Vietnam this week is being supported by extensive promotional activities and will be attended by key health officials, healthcare leaders, and media. Given the impact of the current Delta outbreak in Vietnam, a portion of VIRALEZE™ from the initial supply orders will be donated to hospitals and other healthcare organisations in Vietnam. A further ongoing distribution agreement for additional larger orders of VIRALEZE™ is being finalised, which will allow subsequent  orders and ongoing supply in Vietnam.

Dr Jackie Fairley, Starpharma CEO commented: “Starpharma is pleased to have achieved another registration for VIRALEZE™, and we are excited to see the product launched in Vietnam this week This registration, the first in South East Asia, builds upon existing submissions as well as registrations already achieved in Europe, India and New Zealand, and we are expediting further regulatory submissions in multiple regions and countries.”

VIRALEZE™ is a broad-spectrum antiviral nasal spray. The antiviral agent in VIRALEZE™, referred to as SPL7013, has been shown to have potent antiviral and virucidal activity in multiple respiratory viruses and multiple variants of SARS-CoV-2, including inactivation of >99.9% of the highly infectious Delta variant, in laboratory studies. VIRALEZE™ is applied in the nose to provide a physical barrier - between viruses and the nasal mucous membrane - that traps and irreversibly inactivates virus. Importantly, VIRALEZE™’s mechanism of action means that mutations of the spike protein that make SARS-CoV-2 more infectious, as occurred for the Delta strain, appear to make the virus more susceptible to trapping and blocking by SPL7013.

VIRALEZE™ is registered in Europe, Vietnam, India and New Zealand, and available in certain markets online. In addition to the supply and distribution arrangements in Vietnam, VIRALEZE™ is also partnered with LloydsPharmacy in the UK, ADMENTA Italia Group in Italy, and Starpharma is in advanced discussions with potential commercial partners elsewhere in Europe, Asia, India, and other regions. VIRALEZE™ is not registered for sale or supply in Australia.

Starpharma acknowledges the $1 million in funding for the development of VIRALEZE™ provided by the Australian Government’s Medical Research Future Fund (MRFF) Biomedical Translation Bridge (BTB) Program, with support from UniQuest. Delivered by MTPConnect, the Australian Government's BTB program is a $22.3 million MRFF initiative that provides up to $1 million in matched funding to nurture the translation of new therapies, technologies and medical devices through to proof of concept to turn innovative medical ideas into reality