VIRALEZE™ partners with Harlequins in the UK (ASX Announcement) 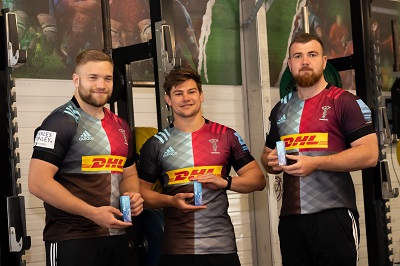 Starpharma attaches a media release announcing the partnership between VIRALEZE™ and Harlequins in the UK, which was distributed today. (Click here)

Harlequins is a professional English rugby union team, established in 1866, and one of the founding members of the Rugby Football Union. Harlequins play in the English Premiership, the top level of English rugby union. The Club’s home ground is the Twickenham Stoop Stadium, “The Stoop”, in south-west London. For more information about Harlequins, visit www.quins.co.uk. 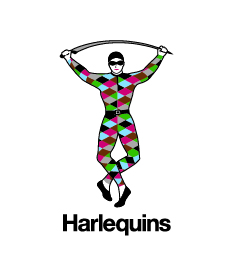 Harlequins is delighted to partner with VIRALEZE™, an antiviral nasal spray that has been shown in laboratory studies to rapidly inactivate more than 99.9% of coronavirus/SARS-CoV-2.1

Taking the next step in securing the safety of the Club’s staff and players, Harlequins has partnered with VIRALEZE™, an antiviral nasal spray used to combat multiple strains of the virus that causes COVID-19.1

Harlequins is the first Rugby Club in the UK to partner with VIRALEZE™, which can be used in conjunction with other safety measures, helping to protect the Club’s players and coaching staff.

Developed by leading biopharmaceutical company Starpharma, VIRALEZE™ is the only nasal spray containing a specifically designed antiviral active that has been shown in laboratory studies to irreversibly inactivate more than 99.9% of SARS-CoV-2 within one minute.1

Harlequins’ Head of Medical Services, Mike Lancaster, said the Quins were delighted to add VIRALEZE™ to the range of safety measures already in place to protect players from COVID-19.

“Player health is paramount in professional sport and now more than ever, we look to maximise the level of protection we can offer our players. The VIRALEZE™ partnership is an important additional level of protection for our Men’s and Women’s players against viruses such as flu and coronavirus/SARS-CoV-2.”

Starpharma’s CEO, Dr Jackie Fairley, said: “We are delighted to partner VIRALEZE™ with Harlequins, an iconic club with such a long and proud history.

“VIRALEZE™ is an ideal product for a team like the Quins, especially when the Club is playing away requiring team travel, as well as the close contact that is unavoidable in playing and training.

“We hope VIRALEZE™ brings the Club and its supporters’ greater confidence and peace of mind as they embark on the final matches of this season.”

VIRALEZE™ has been well received by consumers in the UK, following its launch on 30 March 2021 through the LloydsPharmacy chain. It is also now available in Europe via the www.viraleze.co webstore.

Download: VIRALEZETM partners with Harlequins in the UK (PDF, 847kb)